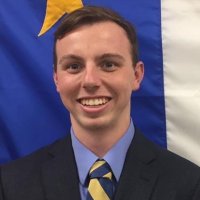 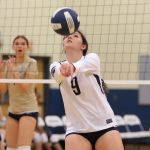 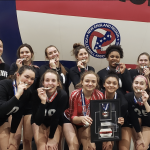 The day we have waited for as finally arrived. It’s the opening week of the girls high school season. So let’s keep the conference previews rolling with the NJAC.  The Northwest Jersey Athletic Conference has talent everywhere you look and is an extremely deep conference. Let’s took at the favorites, dark horses and players to watch.

In the shortened spring season where teams did not play the same number of games, winning percentage was the most paramount to yield who finished on top. Two teams went unbeaten in conference play: Sparta played more games than in conference than Jefferson which had them ahead in tie-breakers. I personally see it as a tie between the two.

The question for Sparta is going to be that, NJ Gatorade Player of the Year, Mackenzie Wiggins

Mackenzie Wiggins 5'11" | OH Sparta | 2021 State NJ will not be stepping out on the court for them. You aren’t going to be able to replace her so it’s going to be a job for everyone to pitch in to match her production on the court. The team has several key pieces returning to give them a great opportunity to be right there in the NJAC again.

After coming up short against Tenafly in the postseason, Roxbury will be looking to get over the final hump with a majority of their key pieces returning. The squad adds in a critical transfer to hold down things in the middle of the front row. So, it will be a question of whether or not they can finish out those tight three-set matches.

Jefferson continues to be consistent in conference play as they have been nothing short of dominant going 18-1 in conference the last two seasons. Their core group of players are returning for another round and it won’t be a question of their conference record but how will they handle the target on their back. The squad is no longer under-the-radar.

A squad that was put together in the spring as they were significantly weakened by opt-outs of Sarah and Lauren Wilcock Lauren Wilcock 5'10" | OH Mendham | 2021 State NJ . The team found its groove late in the season. The question is with Sarah Wilcock Sarah Wilcock S Mendham | 2023 State NJ returning, can this team jump right back into the fold and make a substantial run at the NJAC. My answer is yes