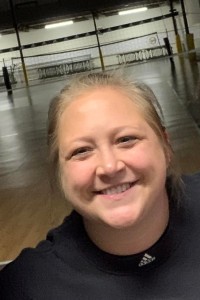 Central Wisconsin is not as densely populated as Milwaukee, Madison, or the Fox City areas but there are a few different summer leagues in full swing and over the next couple weeks I’m hoping to check them out.  I am…

Central Wisconsin is not as densely populated as Milwaukee, Madison, or the Fox City areas but there are a few different summer leagues in full swing and over the next couple weeks I’m hoping to check them out.  I am starting with the YMCA Summer League in Weston.  Most of the players competing have been playing with or against each other in club, interscholastic, and youth sports for years.  Here is a quick sneak peak of a few of the teams and players to keep an eye on at the Weston YMCA Summer League held on Monday nights.

Stevens Point (SPASH): After a 36-4 season and the graduation of 8 seniors they will be seeing not only a different look on the court but also in the coaching staff as Julie Johnson will get to enjoy traveling to watch her daughter, Gabby Johnson, play volleyball for St. Cloud.  This season they will have to replace outside hitter, Kayla Lass who will be at UW-Green Bay and Hannah Meyer who will be playing at MATC.  The Panthers will have a quality hitter returning in Maddy Dokken (2020 – Committed to UW-Parkside).  Dokken is a versatile attacker with the ability to terminate from the middle or on either pin.  SPASH will also be returning Maggie Lawrynk (2020 – 5’9) and Olivia Stroik (2020 – 5’7) who are both very versatile players and returning after playing roles as defensive specialists last season.

Newman: Long time head coach, Betty Lange, will have a roster including a lot of returners that have made multiple trips to the Resch center.  Lauren Shields will lead the way as a State Tournament standout in 2018 as well as returners from the 2018 State Tournament in setter Stevie Samuels (2021 – 5’4) and middle blocker Linnea Svennes (2020 – 6’1).  The Cardinals will be faced with replacing the leadership roles of setter/right side, Mackenzie Krach, and libero, Grace Ende who were big pieces of several state tournament appearances. Elise Johnson (2020 – 5’4) will look to take on an even bigger role as a versatile player that can swing from either pin, set or play some scrappy defense.

Antigo – The Red Robins graduated 5 from the 2019 class and could potentially have another 5 seniors on the team this season.  Chloe Decker (2020 – Setter) and Emma Jaje (2020 – Libero) will be back to lead the charge in 2019.  Jaje was a Great Northern Conference 1st Team Selection.  Clare Aulik (2021 – Outside Hitter) will be back after earning All-Conference Honorable Mention.

Auburndale – Auburndale lost some key seniors from the 2018 season, but they have plenty of returners as well.  The returners will be led by Maggie Willfahrt (2020 – Libero) who was All Conference Honorable Mention in 2018.